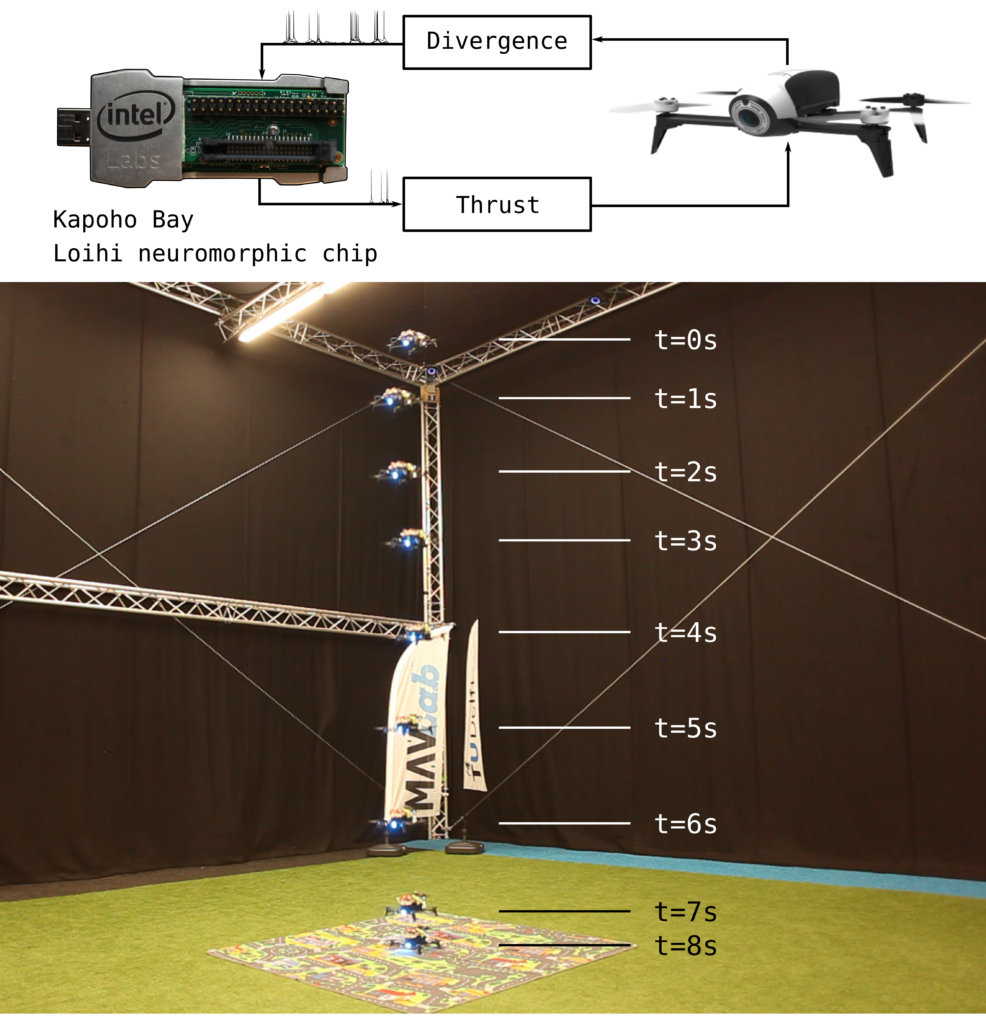 Neuromorphic processors like Loihi offer a promising alternative to conventional computing modules for endowing constrained systems like micro air vehicles (MAVs) with robust, efficient and autonomous skills such as take-off and landing, obstacle avoidance, and pursuit. However, a major challenge for using such processors on robotic platforms is the reality gap between simulation and the real world. In this study, we present for the very first time a fully embedded application of the Loihi neuromorphic chip prototype in a flying robot. A spiking neural network (SNN) was evolved to compute the thrust command based on the divergence of the ventral optic flow field to perform autonomous landing. Evolution was performed in a Python-based simulator using the PySNN library. The resulting network architecture consists of only 35 neurons distributed among 3 layers. Quantitative analysis between simulation and Loihi reveals a root-mean-square error of the thrust setpoint as low as 0.005 g, along with a 99.8% matching of the spike sequences in the hidden layer, and 99.7% in the output layer. The proposed approach successfully bridges the reality gap, offering important insights for future neuromorphic applications in robotics.