In cooperation with the dronelab of ENAC in Toulouse, we have developed a hybrid UAV, called ‘Cyclone’. It is hybrid in the sense that it can hover, as well as fly like an airplane. To benefit from the efficiency of the wing, the drone spends most of its time in forward flight, as such, this is the flight phase that needs to be optimized most. Hence, the Cyclone is really an efficient fixed wing aircraft that is capable of hovering, as opposed to a hovering vehicle that has the capability of forward flight. 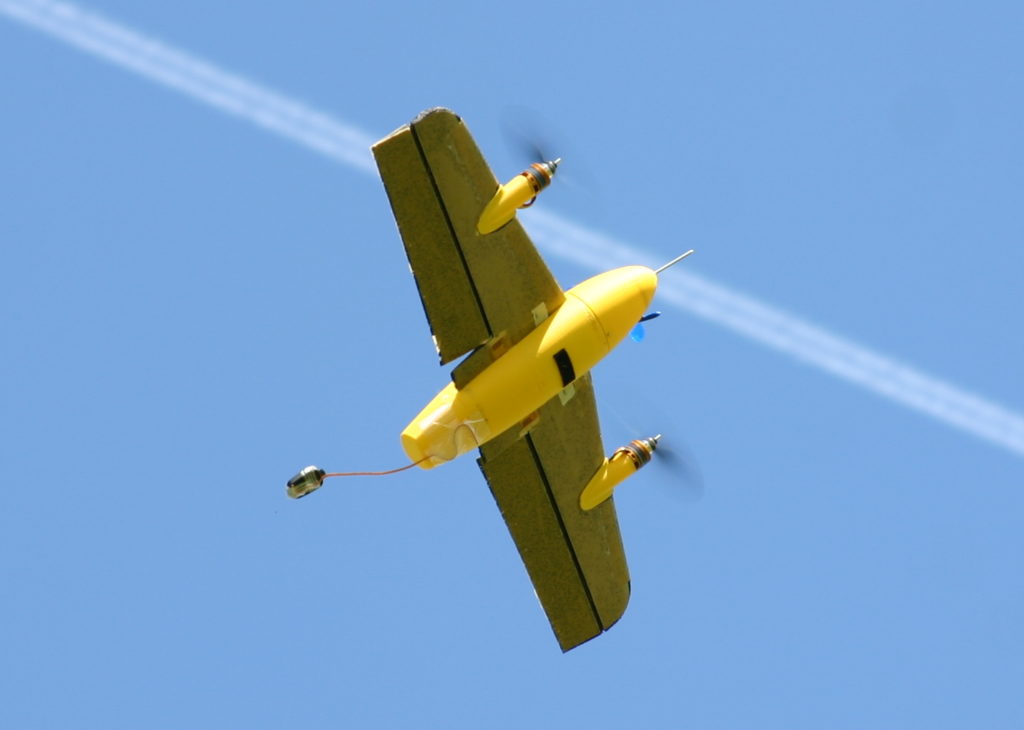 The Cyclone is equipped with the newly developed Chimera autopilot which drives four actuators: two propellers and two flaps. This means that the UAV has the minimum amount of actuators that still provide full controllability of the attitude and the thrust. But controlling this vehicle accurately over the entire flight envelope is not easy, as the wing generates strong nonlinear moments at high angles of attack and the effectiveness of the flaps changes considerably over the flight envelope. A controller that can cope with these things, would generally rely on a complex and accurate model, obtained through expensive wind tunnel experiments.

This is where the MAVLab comes in. Our recent developments on Incremental Nonlinear Dynamic Inversion (INDI), allow us to ignore a large part of the aerodynamic model. Through the incremental technique, we only need to know the control derivatives. These can be obtained more easily, for instance through flight tests.

This control method is not only applicable to the attitude control of the UAV, but also to the position control. Also here, it reduces the necessary modeling to a minimum. As an added benefit, wind gusts are can also be compensated using these control increments. The flights shown in the video are fully autonomous, using this control method. The control system was implemented within the open source PaparazziUAV project.

Our preliminary results were presented at the AIAA Aviation Forum, along with the paper Development of A Fixed-Wing mini UAV with Transitioning Flight Capability, and we are now working towards publishing the methods of guidance and navigation. Though our test flights were very successful, they also gave rise to many questions. Is it possible to increase the flap effectiveness in order to avoid saturation? Can we reduce the vehicle’s pitching moment at high angle of attack? Is flying ‘knife-edge’ unstable? These questions will fuel our further research, as well as our imagination.

3 Replies to “Control of the Cyclone Hybrid UAV”