The MAV-lab team of students and researchers has become second in the first ever autonomous drone race, which took place Wednesday Oct. 12 in Daejeon, South Korea. Drone races are a new popular phenomenon. Typically, human pilots compete with each other to finish first, performing high-speed maneuvers while flying challenging circuits. At the IROS 2016 robotics conference in Daejeon, the stars of the show were not human pilots, but the drones, since they had to fly a challenging circuit all by themselves.

In the drone race, the drones had to pass many gates in a very restricted space, and some extremely challenging gates, including a ventilator. Finishing the track was considered too challenging for this first race, so the team that came the furthest in the track with the fastest time, was to win the competition. Many international teams joined the competition, ranging from the ETH Zürich (Switzerland) to KAIST (South Korea). After a nail-biting competition, both KAIST and TU Delft past 10 gates – with KAIST being the fastest. So the final ranking was:

For this first competition, the drones came nowhere near the speeds of human FPV flyers. However, the performance of the teams showed that robotic competition is underway.

Autonomous drone races stimulate researchers to push the boundaries of autonomous drone flight, and will have far-reaching implications for real-world applications. For instance, high-speed flight will allow drones to be much more efficient at helping human rescue workers in search-and-rescue operations, and will be able to make much more exciting imagery of extreme sports, also when these take place in narrow environments such as in forests. 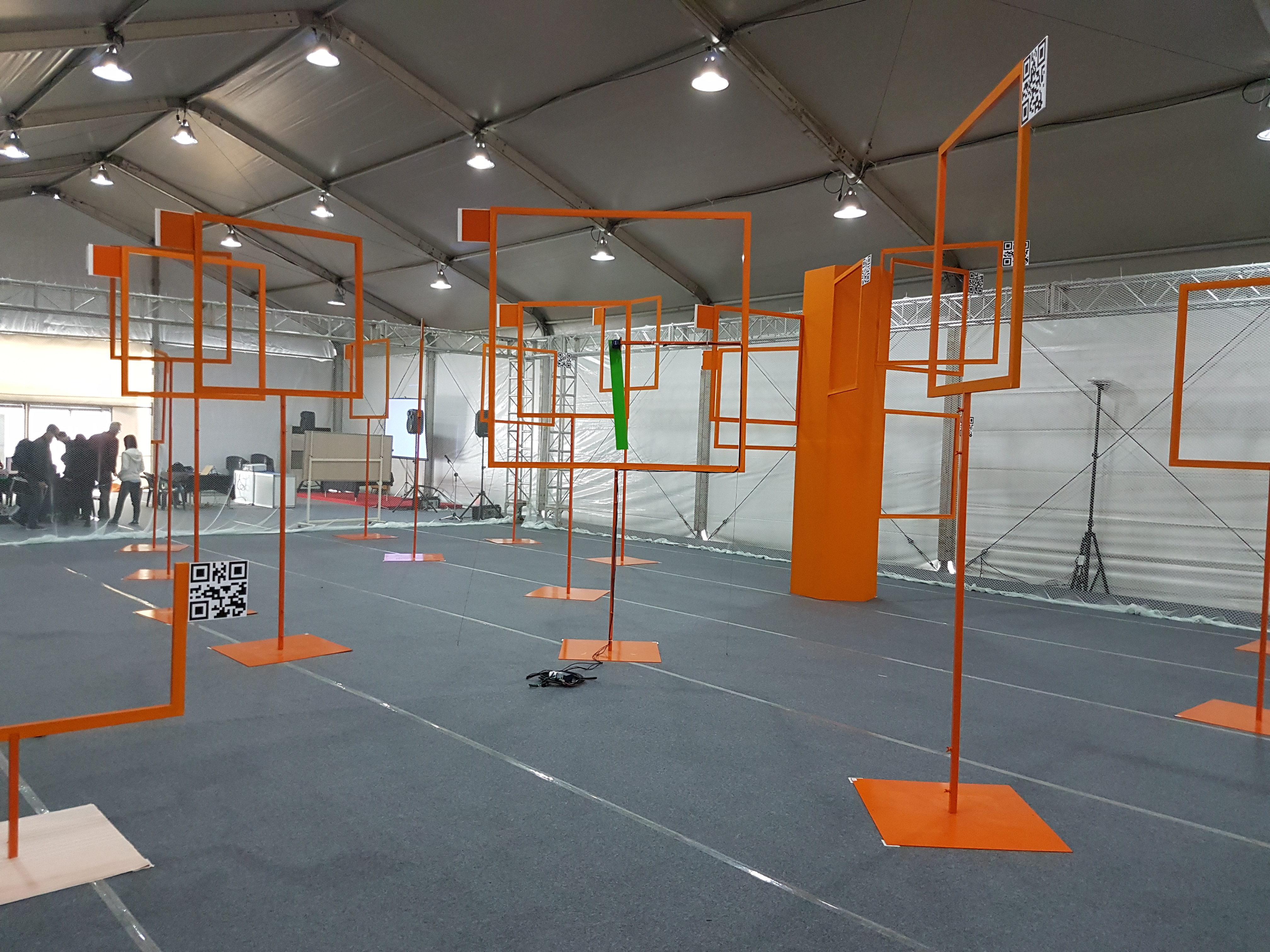 Picture of the race track: the drones had to pass 26 gates in total, with some gates arranged in spirals and even a gate with a “ventilator”.