We are very proud to officially announce that we have won the AlphaPilot AI Drone Racing Innovation challenge!

The challenge, organized by Lockheed Martin and the Drone Racing League, is designed to bring artificial intelligence to the drone racing world. The difficult mix of perceiving your environment, flying as fast as possible, and performing reliably under different conditions make this a one-of-a-kind competition.

The final race, which took place in Austin, Texas, on Friday December 6, was the grand finale of a series of races which began months ago. With every race, the challenge became more exciting. Our team worked really hard throughout each stage to bring a robust and (most importantly) fast solution to the table, and we are proud to have won despite the remarkable competitors that we had to face. It was a really tight race, with the first runner up, the Robotics and Perception group from the University of Zürich, being only 3 seconds slower. 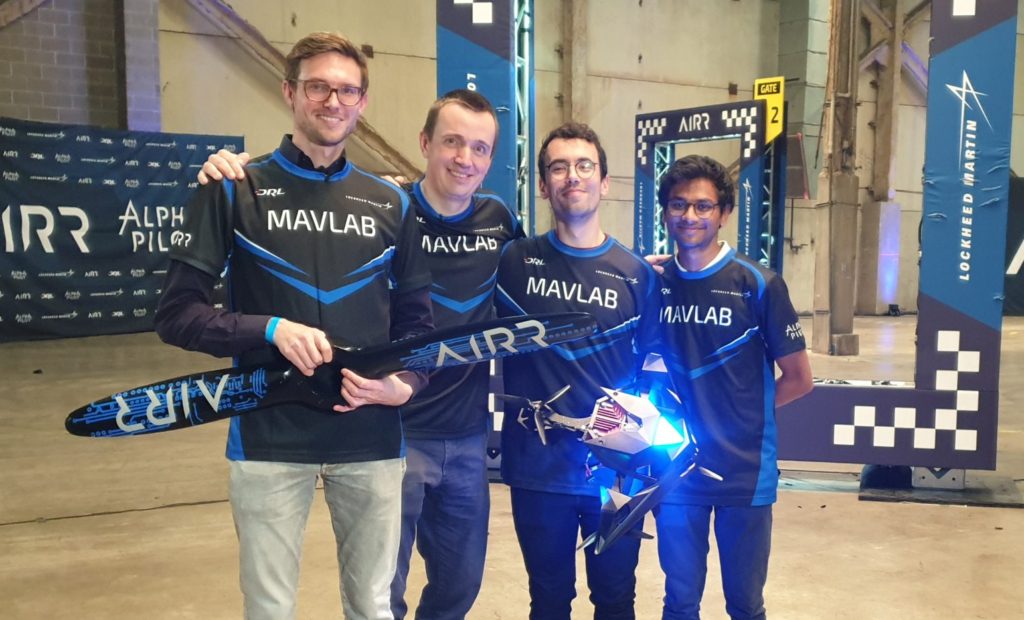